My ORDINARY vol.4 ~Okonomiyaki and an Old Lady in Her Pyjamas~ 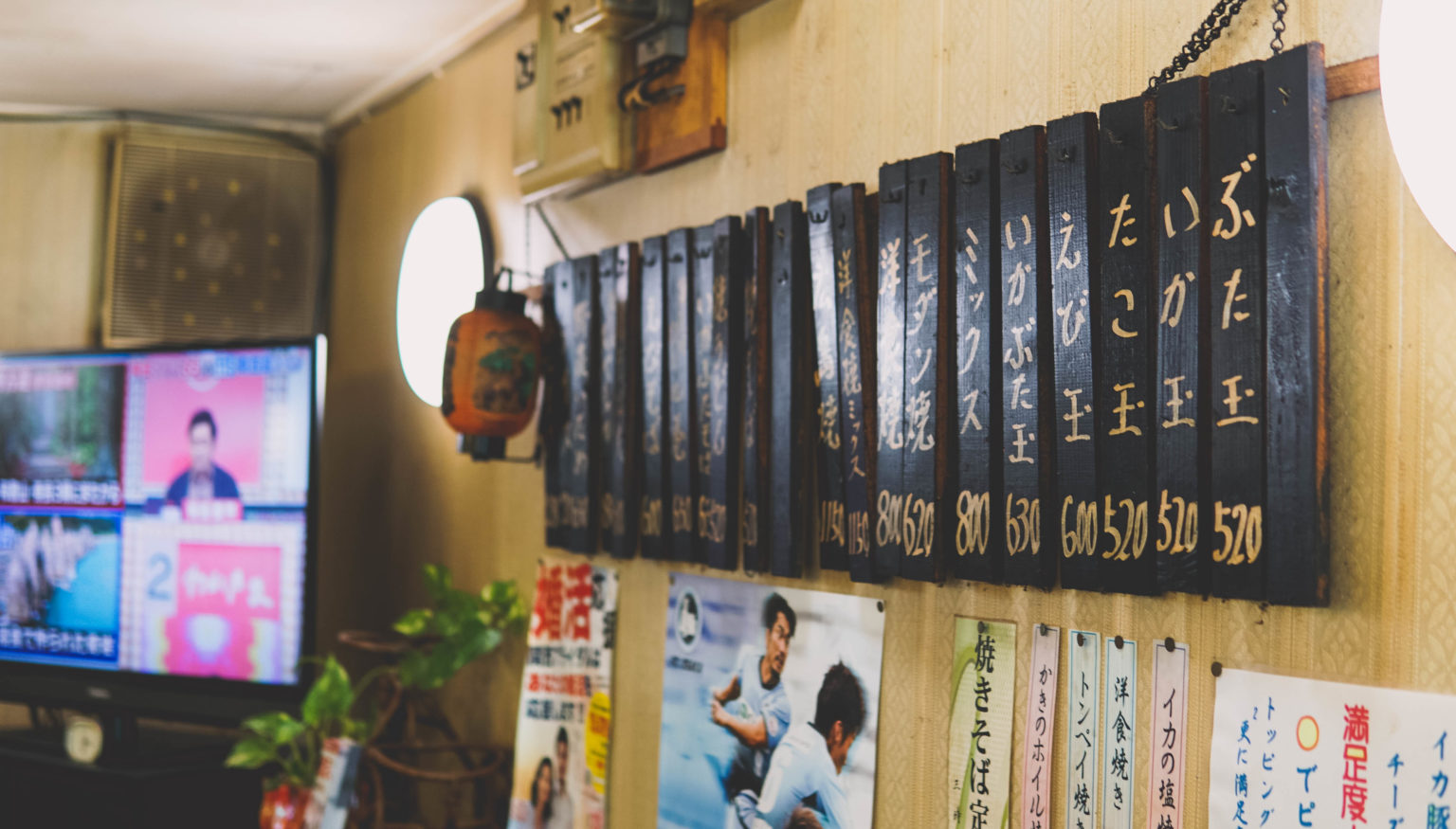 The restaurant started selling Okonomiyaki in Fuse 50 years ago. Inside the store, an old lady called Mrs Yamashita, the second-generation owner of the shop. She inherited the shop from her grandmother, Mrs Shigemi, and has since kept it going.

When the family first opened the store, it was right next to the station and apparently so busy that even with 8 staff members, they still had their hands full.

Nowadays, the store is located a little away from the station along an alley in the Miyakomachi Shopping street.

Every day around 6 o’clock in the evening, the old lady throws away the trash that has amassed over the day.

One time I asked her

“I really want to eat Okonomiyaki.Is your restaurant open in the evening as well?”,

to which she answered

“I’m old, so I’m too tired in the evening. If you come before 4 o’clock, I can make you some delicious Okonomiyaki, but not after that. Good night～”,

and went back to her restaurant.

6 o’clock in the evening. I see the old lady from Shigemi. As I look more closely, I realize that she’s already wearing her pyjamas. She really was serious about closing the store in the evening. 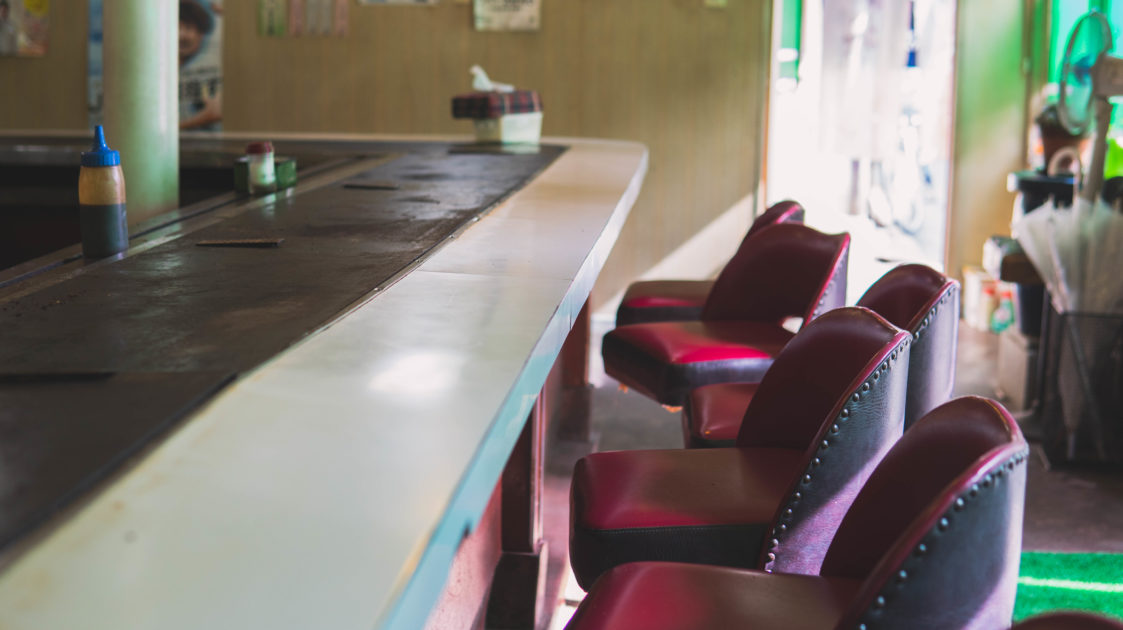 When I go to Shigemi the next day at around 2 p.m., I enter the store just when one of the regular customers, an elderly man, is leaving.

The counter inside the restaurant is built in a u-form, with a teppanyaki (iron plate for grilling food) in front of every single seat. There are also bookshelves on the other side of the room that are filled to the brim with colorful mangas.

“Good day! I came to have some Okonomiyaki!”

“Oh, you actually came! Sit wherever you want. What can I do for you?”

“Hmmm… Which one should I go for this time…? I think I’ll just take the usual one.”

“Are you sure? Alright, alright. Wait a second.”

Her husband, who runs a shoe store just around the corner and sometimes helps out around the restaurant, suddenly has a freshly-cooked corn in one of his hands and the old lady tells him

“Why don’t you give the boy half of it?”

“The middle is always so hard to eat! Cut out the middle part for the boy!”

They had both lowered their voices during all of this,  but I could still hear every single word they were saying.

I interrupt their whispered conversation and  said “That’s so nice of you! But it’s okay, don’t worry about the middle part! Thank you so much!”

He quickly cut the corn in half with the short knife he was holding and handed it to me. 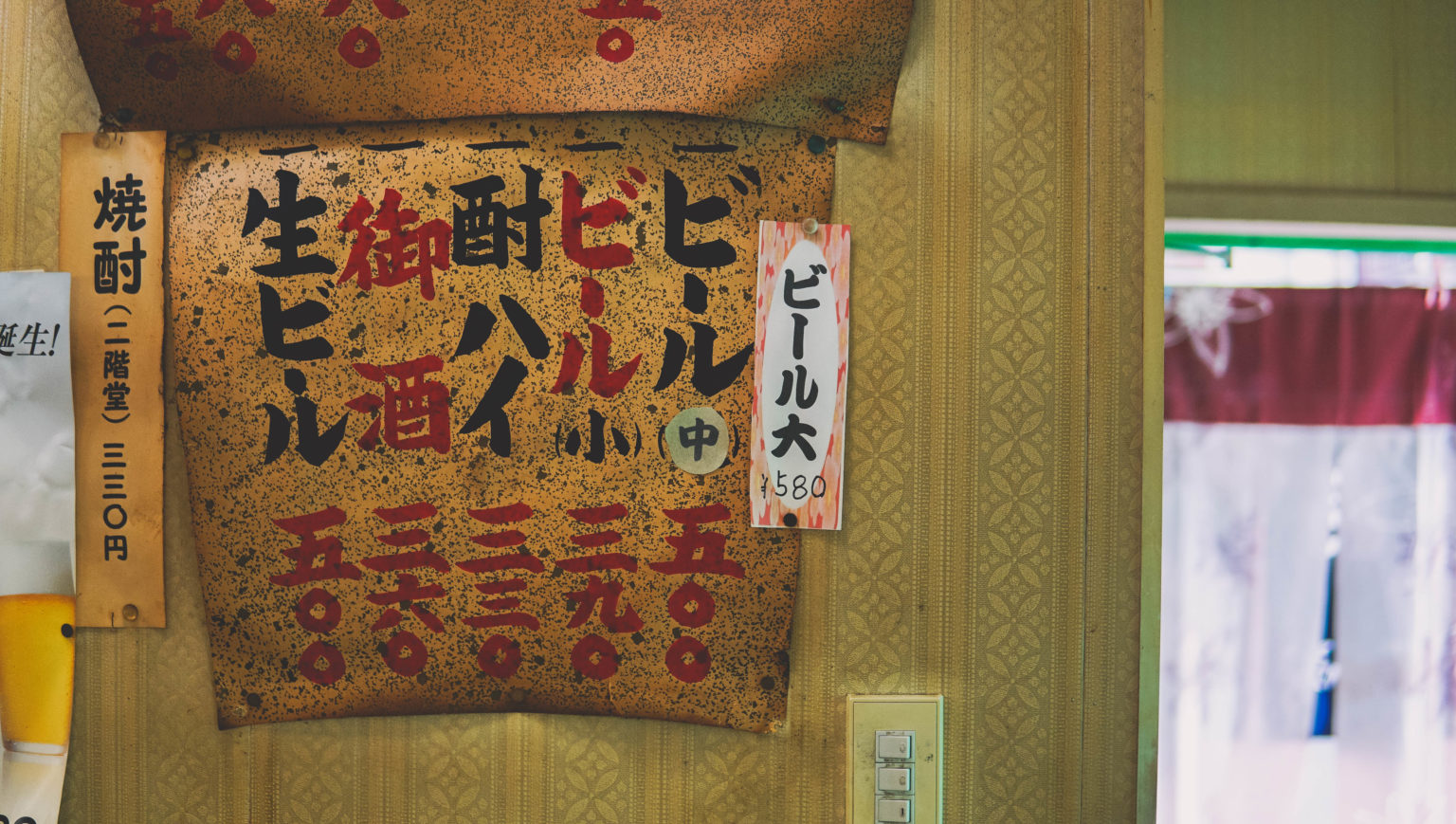 While that was happening, the old lady had started preparing the okonomiyaki right in front of my eyes.

As the okonomiyaki was being fried, we were talking about random things. Apparently, there have been a lot of baby stray cats in the area recently and the old lady said that she was worried because her husband kept on giving them food. She didn’t really seem worried at all however, rather like she was enjoying it too.

We kept on talking about this and that and before I realized, the okonomiyaki was done.

The Okonomiyaki the cheerful old lady had made for me tasted exactly the way someone from Osaka would make it.

My mother isn’t from Osaka, but I imagine that if she were, her Okonomiyaki would taste exactly like this. I kept thinking about the unique Osaka taste while eating my delicious Okonomiyaki.

Why don’t you try and visit Shigemi in Fuse, too? Just make sure to come before the old lady gets tired and changes into her pyjamas.

And if you’re extra lucky, you might get a small present from the old man too. 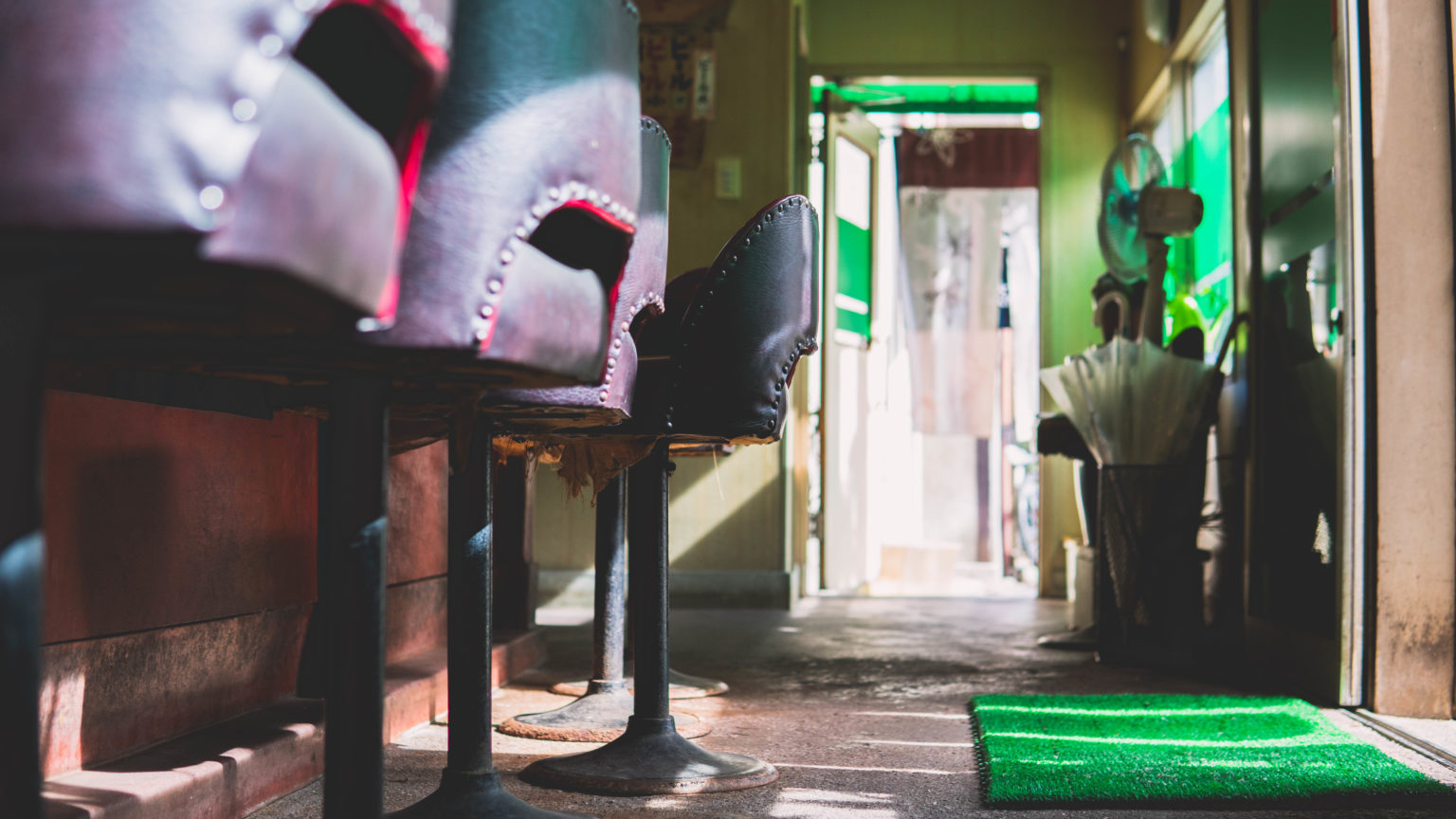