Beautiful lights, Christmas songs… Everything is covered in Christmas colors.
This year during Christmas season, icoima held a Christmas event for local children.

icoima is a project to support local children and bring them closer to other cultures through a variety of events.

We planned this Christmas event to teach the children how Christmas is celebrated overseas and how to say Christmas greetings in English.

As part of our event, we tried to make DIY snow globes with the children.
First, the children had to knead a Christmas tree, Santa Claus and a snowman out of clay.
Some of them painted cute patterns on their trees. Others put scarves on their snowmen.
Every single child diligently made their own original mascot decoration. 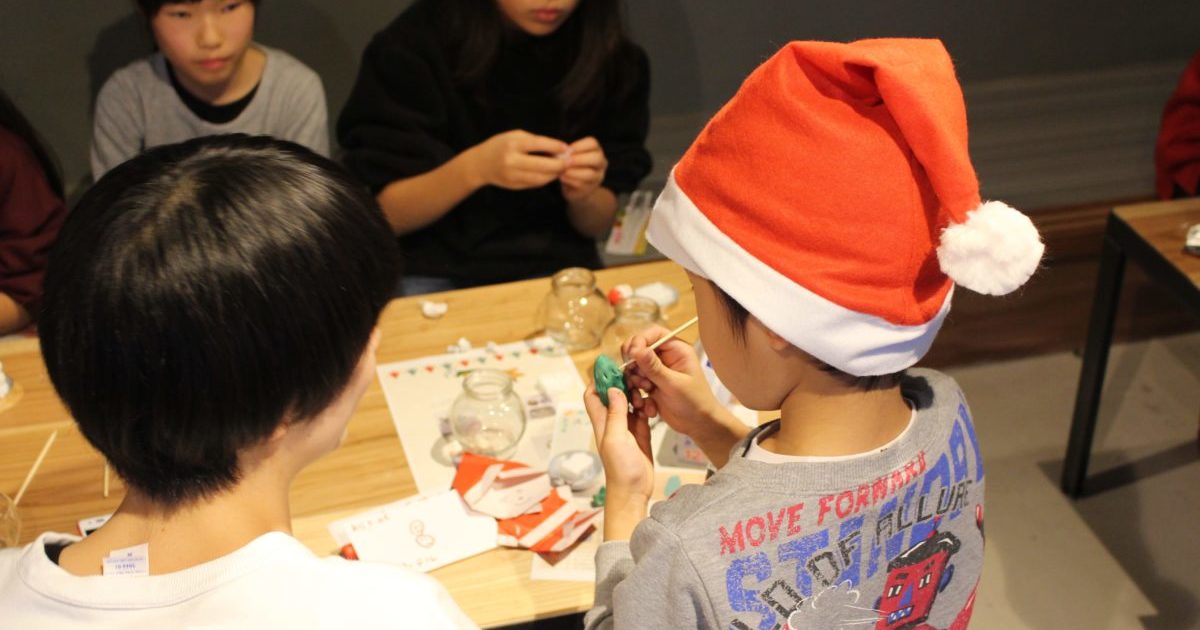 Then, the children had to glue their little self-made figures onto a jam jar’s lid, Santa Claus next to the snowman.
Their creations were so small and adorable. They really showed how talented the children are. 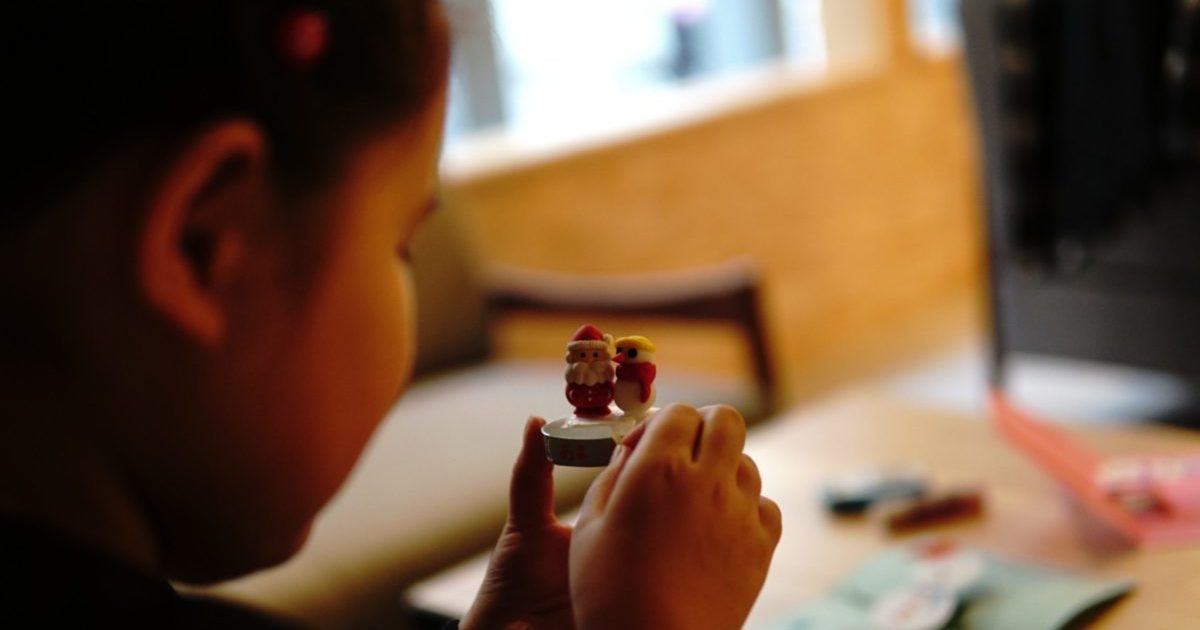 The next step was to make the globe. We were using jam jars as the globe, so the children just had to decide on what they wanted to put inside of their globe.
The girls were all choosing their favorite colored glitter to use for the globe! 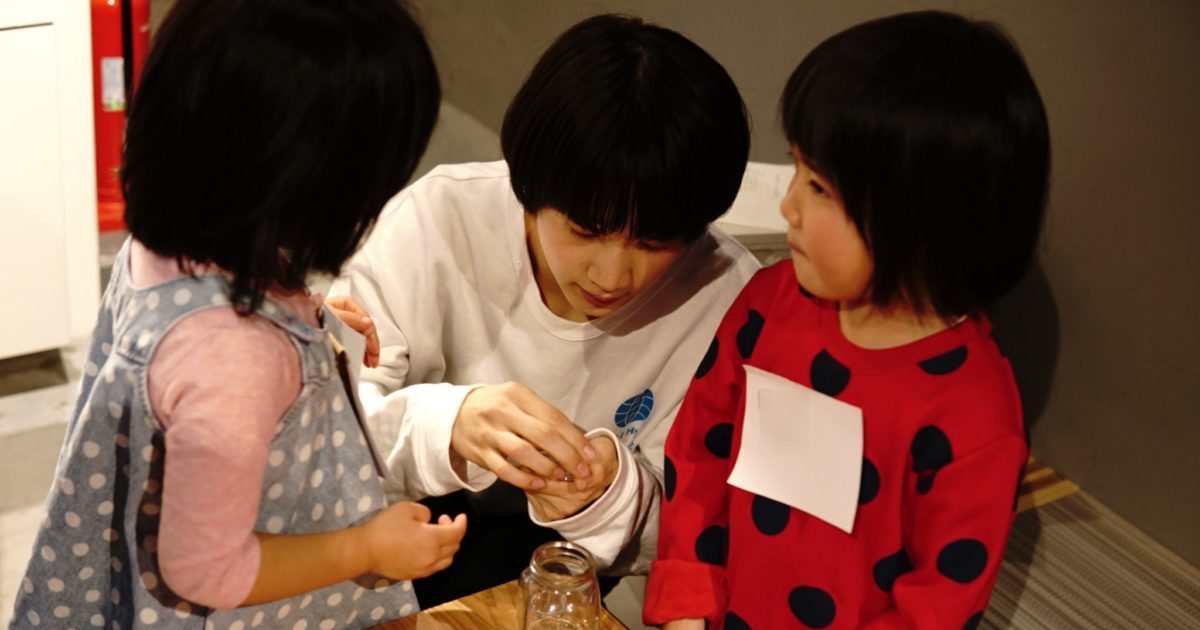 The last step was to add the glitter and pour a special liquid into the globe. Then, the children had to close the jar’s lid and the Christmas globe was already done.
When you turn the globe upside-down, the glitter falls down, which makes it look like snow falling under a clear sky. The children loved the shiny and beautiful scenery they had created.
We were all really proud because the children did such a good job. 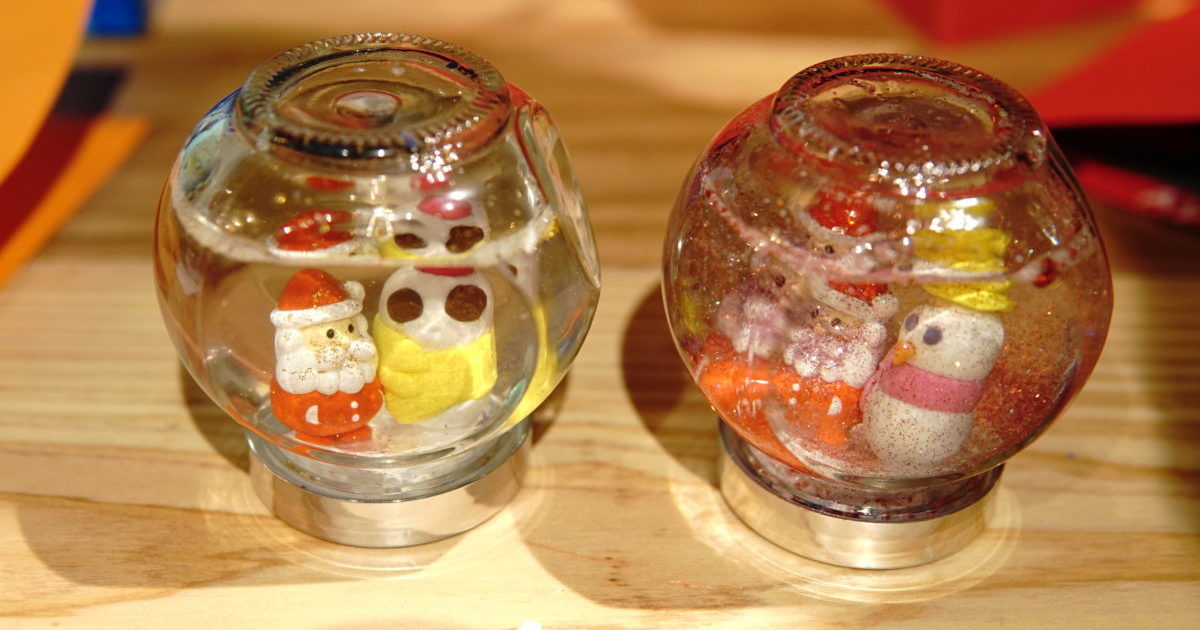 At icoima, we try to give children an opportunity to experience and use English.
We as SEKAI HOTEL staff are used to speaking English with our foreign guests, so we want the local children to feel more familiar with other foreign cultures, including languages as well.
That’s why December’s English activity is for the children to make a Christmas card with English phrases. 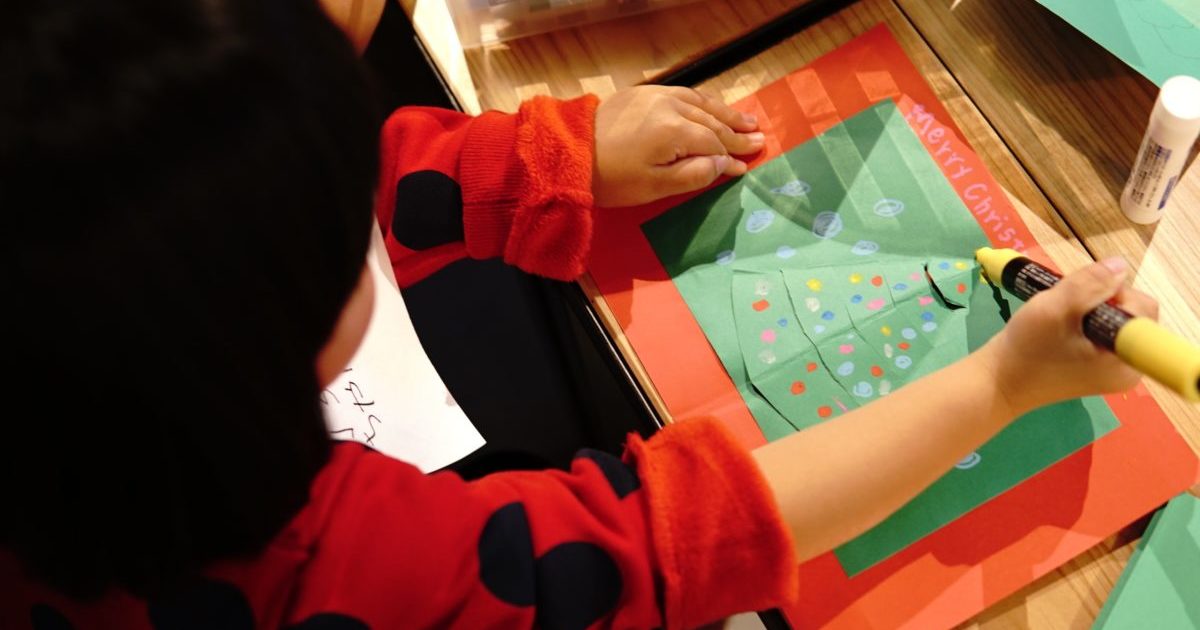 This sweet little girl was only 4 years old, but she was decorating her card so well and with full concentration!
She did a great job imitating the roman letters one by one and eventually completing a whole sentence in English.

Hmm… I wonder who she will give her colorful card to. Her mother or her father? 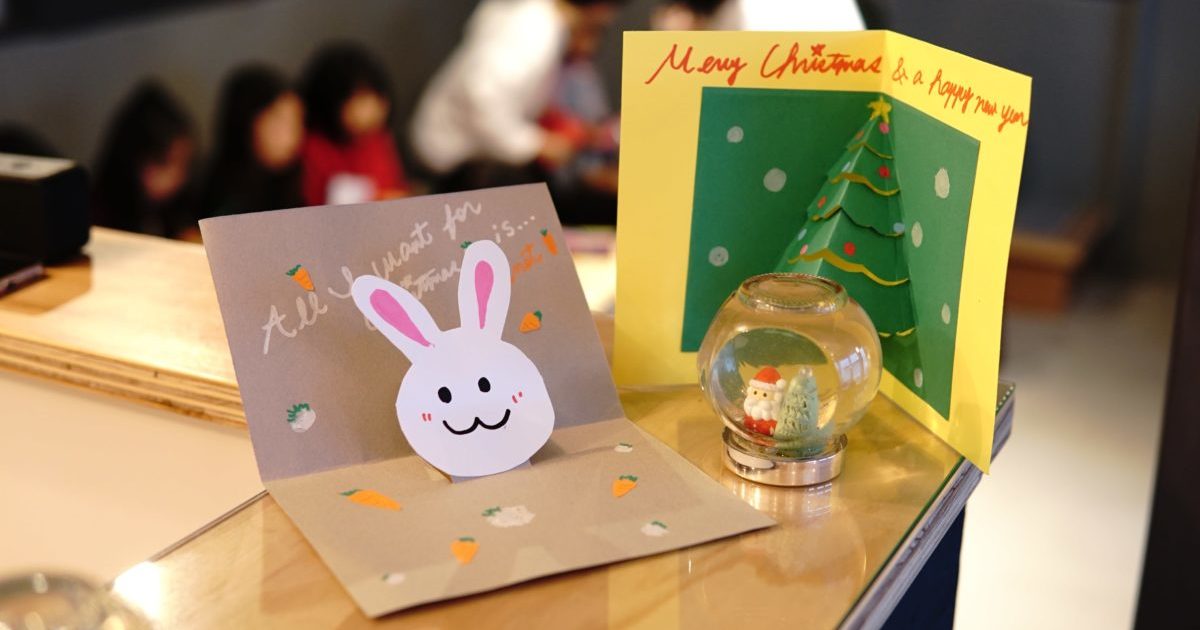 When we started the day, we separated the children into small groups to make them work on their assignments together.
They began their DIYs without knowing any of their team members and saying a shy “Nice to meet you.” But at the end of the day, a lot of them said that they had made new friends.
One of the older girls even helped a little girl sit on her lap, which is the epitome of icoima culture to us.

Even children that are studying at the same school usually don’t get the chance to interact much with students from other grades. Local events such as our icoima give them the chance to play with local friends from different ages, and not only school friends! It broadens their, and consequently this city’s, community.

Thank you for participating in our festive December icoima!

See you at our next event!